This post, my 55th on Learning jQuery, is a departure from the usual jQuery tutorials and announcements. It's about my experience speaking at the Future of Web Design (FOWD) conference in New York City this week. I'm writing it mostly for myself, to set down in writing my thoughts about what went right and what went wrong for me at the conference, and to learn from it. I'm also writing this with the hope that someone else might be able to learn from my experience, as well. While I'll try not to make it too terribly self-indulgent, there will be some "self-disclosure" that might make you feel uncomfortable, so if you're looking for something less personal here, please stop reading this and head over to the category archives, where you'll find some good tips on using jQuery.

As Charles Dickens once wrote, "It was the best of times, it was the worst of times." 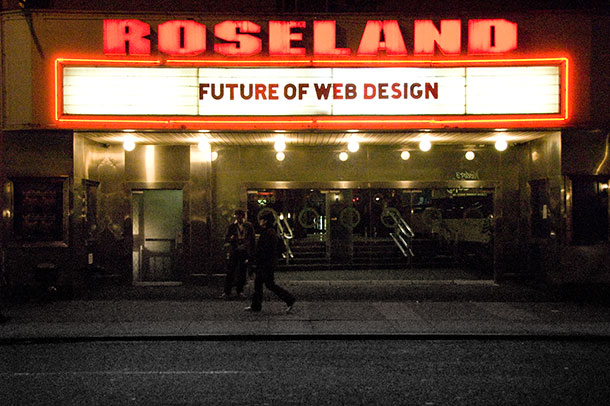 As a last-minute substitute, I led a 3 1/2 hour workshop on Monday for roughly 35 people and gave a 30 minute presentation on Tuesday for 300 or more. As far as I could tell, the workshop went well and the presentation…not so much. If I had to do it all over again, I'd try to follow these 10 pieces of advice:

I'm very happy to have had the opportunity to speak at FOWD—mostly because of what I learned, albeit much of it the hard way. If you've presented at a conference before, what are some of the most valuable lessons you've learned from your experience? If you attended FOWD, what lessons did I miss that you think I should learn?

I've uploaded all my slides from the workshop and presentation, along with some interactive examples and links to things I mentioned, to training.learningjquery.com.